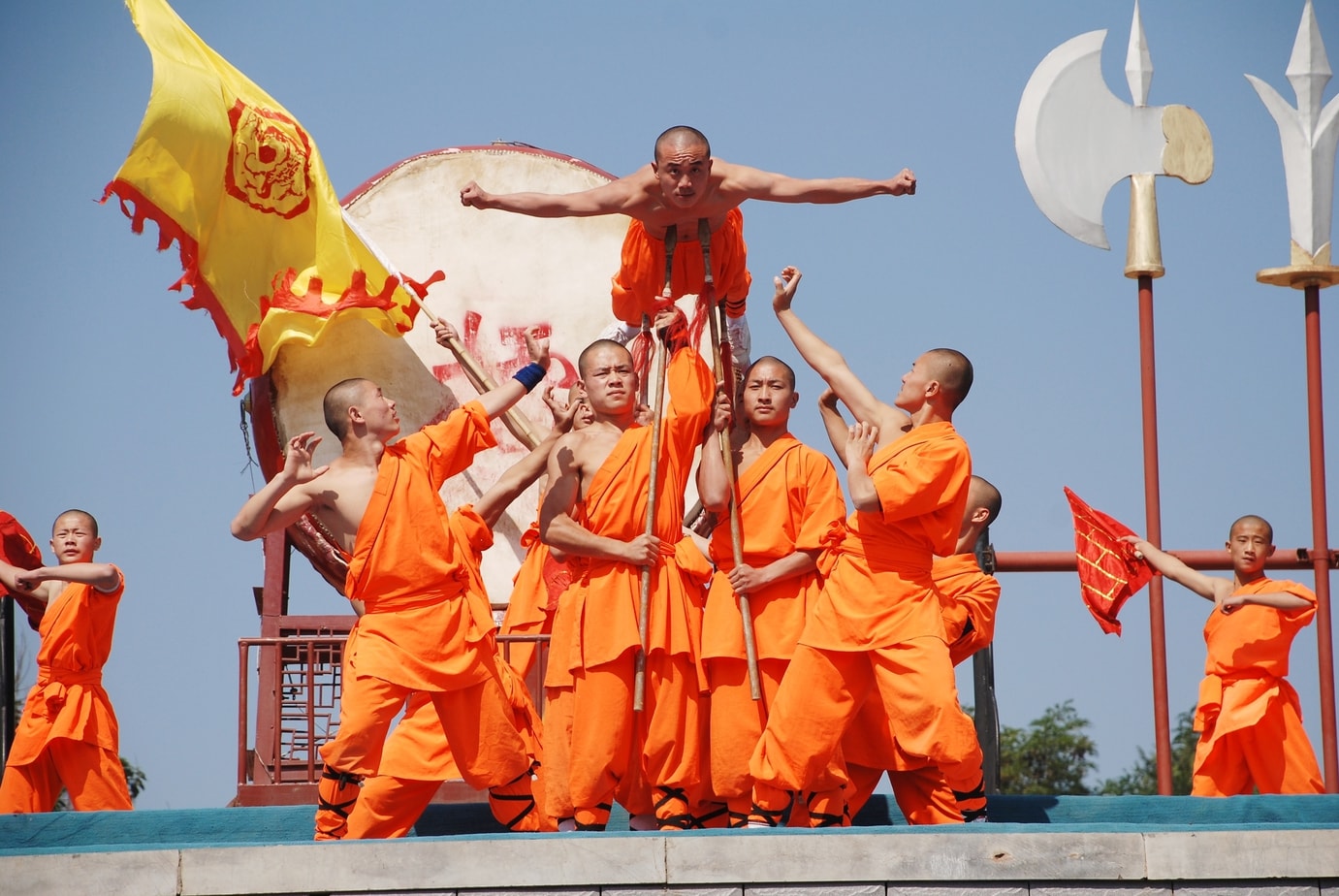 Welcome to another edition of the weekly White Crane Online blog. Over the past few weeks we have been exploring topics in and around the theme of Taoism. Last week I introduced the core concept of Qi (if you missed it, you might want to read it here first) and I explained a little bit about the role of Qi, and the various types of this mysterious force, in Chinese Medicine.

This week I will take a look at Qigong and Tai Chi – and the branch of Qigong more commonly known as Martial Qigong.

Qigong is generally thought of as the soft, gently, and flowing exercises where movements are repeated several times as the body relaxes and the mind focusses – akin to a moving meditation.

I would agree that it is this… and a whole lot more!

If we delve into the definition of Qigong a little more, it will become clearer.

We looked at the definition of Qi last week and decided that all readers had to do was to watch a few clips on You Tube of Yoda and Obi Wan Kenobi educating a young Luke Skywalker into the ways of the Force.

Anyone who’s been attempting to lift space ships out of swamps this week will realise that it’s not always easy to define, or practice!

‘Gong’ – 功 – means ‘achievement’, ‘accomplishment’, basically something that has been achieved through hard work and effort.

Therefore Qigong is the study and practice of cultivating Qi with a lot of hard work, and effort!

(Note – it’s not just waving your arms around slowly and breathing deeply).

Qigong, by definition, is any activity, exercise, or movement in which you improve your healthy flow of energy. Performed in the right way with intention and focus, brushing your teeth, tying your laces, walking your dog, can all be qigong exercises!

Everything from remaining in perfect stillness focused on calming the mind and slowing the breath, all the way through to a world powerlifting championship deadlift can be Qigong.

You will possibly have heard of internal and external training in martial arts.
On a basic level you can think of Kung Fu as being external, Tai Chi as internal. Kung Fu trains the ‘externals’ more, the muscles, and conditioning the skin whereas Tai Chi is more concentrated on the subtle internal strengthening of the organs, tendons, ligaments, etc.

Other terms you may have come across are Neigong and Waigong. ‘Nei’ means inside, ‘Wai’ outside. ‘Gong’ we have already defined.

So you can see that Qigong is on a spectrum from very hard and external training, to soft and internal practices – everything from breaking bricks to static meditation – all with the sole purpose of cultivating Qi. How that Qi is then used depends on the type of Qigong you are practicing.

There are several types of Qigong, most notably –

Martial Qigong goes back to the time of Da Mo (aka Bodhidharma) and his journey to the Shaolin monastery in China from India. The story goes that upon his arrival he saw that the monks were very adept at their meditation but physically not in the best condition.

After meditating for 9 years in a cave – and cutting off his own eyelids in annoyance at falling asleep – he presented a series of exercises to the monks to help them improve their health, all so that they would be better conditioned for their meditation. This is the origin story of the famous Shaolin monks.

Whilst the monks were very much practitioners of the first three categories above, they were fighting monks and a great deal of their training would have been martial in the wake of Da Mo’s cave exile and writing of what is known as the ‘Muscle/Tendon Changing Classic’, which is the root of Chinese martial Qigong (and subsequently martial arts).

Energy Flows Where the Mind Goes

This was a favourite saying of one of my shiatsu teachers and it is also a key principle in martial Qigong, where the aim is to develop Qi to either protect yourself in the event of a strike coming your way, or on the flip side, to inflict maximum damage to your opponent.

In the purely martial world, increased energy flow, improved health and wellbeing, mindfulness and all that hippy nonsense 🙂 is merely a by product of the training, not the focus of it.

On this scale it’s not one or the other, not just hard, or just soft. You can have hard-soft or soft-hard, depending on what it is that you are training.

I would say that White Crane Kung Fu isn’t a particularly hard style of Kung Fu, some of it in fact can feel very soft in places. I’d categorise it as a hard-soft style.

On the flip side, our style of Tai Chi, isn’t the softest style I have seen or practiced. If feels a lot more martial and direct than the Yang style of tai chi , for example.

In class I will sometimes contrast hard and soft qigong with an explanation, and subsequent exercises, which invite you to imagine soft qigong as a flowing river. You can picture the Qi flowing freely through the meridians as water flows downstream.

Alternatively, hard Qigong exercises are often like a dam, you use tension in the body and it’s like you’re purposely holding back and stopping the Qi to flow temporarily, sometimes concentrating it in a particular area, and then you release it, imagining the Qi breaking free and flushing the meridians with renewed energy!

So basically whatever it is that you are practicing – it’s all Qigong! Whether you’re learning a hard style of martial art, right through to the softer, gentler arts, you are a practitioner of Qigong.

It’s all about developing and improving your energy through dedication and hard work.

…the last two words are key! 🙂