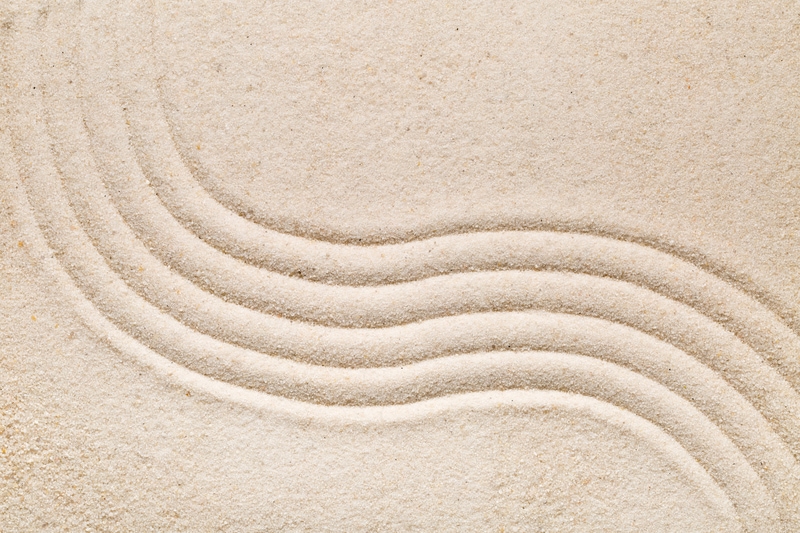 Meditation is great, we all know that now. Long since disregarded as merely an esoteric activity for hippies and followers of Eastern religions, there is now a plethora of supportive medical research, classes in almost every town and village, and more apps than you can fill your phone’s home screen with.

I’m not really a fan of sitting down. As my mum would have told me when I was a young boy, ‘you’ve got ants in your pants’ (that’s the UK version of pants, for those across the pond). I was a sporadic meditator for many years, often turning to it when I felt like I needed some peace and calm in my life, to then drop the habit after a few days/weeks/months when feeling it wasn’t as necessary anymore.

I read books on meditation when I was in my teens and gave it a try back then, but I wasn’t the most patient teenager, so gave up when I hadn’t become an enlightened being after half an hour or so.

A little later in life when I was working a 9-5 job, I would to go to a Buddhist Centre on my lunch breaks, which was great, and I learnt a couple of very simple and effective meditation techniques (one of which is linked at the bottom of this blog post), I’ve used the Headspace app but as great as it is I personally wasn’t a big fan. Insight Timer is a very good app with a nice timer for bells and gongs to time your meditation, it also has many, many guided meditations but for me I find that it really comes down whether I can stand the voice of the person guiding you… so I’ve stopped as many as I’ve started. (If you use Insight Timer, try Jennifer Piercy).

If, like I was, you’re struggling to get a meditation practice going and sustain it, perhaps you need to change your perspective a little and realise that almost anything you do can be a meditation, it’s just the way you approach it.

It was back again around the time of going to the Buddhist Centre on my lunch breaks, I was also quite into weight lifting and would go to a local gym. I loved, and still do, the ritual of setting out the bar and the weight plates, preparing to lift the weight, actually performing the lift, re-setting the weights…. I was very focused, aware, calm, peaceful… all of the things I was trying to achieve in my meditation practice. Yet, I often found it easier to achieve these states in the gym than in the meditation room!

It led me to ponder that perhaps I did not have to try to sit still on a mat to effectively meditate, it was simply how I approached things. I remember a Zen story from a book about meditation I read decades ago which told a tale along the lines of a young monk who found it difficult to sit and meditate in the temple, yet when helping fishermen bring their daily catch into the local market reached a sense of calm and peace, and eventually enlightenment, by simply counting the fish and focusing on his task. There was also a story of a monk who used to visit the local brothel… but we won’t go there!

I do recommend seated and guided meditation to people (I even have guided meditations on my website and app – apologies if my Sussex with a hint of Lincolnshire accent annoys you!) but often feedback is that students have tried it and possibly for similar reasons to myself have found that they are not able to do it, or quite often when trying to quieten the mind it becomes even more noisy. However, my recommendation is to try different forms of meditation to work your way into a regular practice.

As I discovered when realising that weight lifting can be a meditation activity, anyone can find something that quietens and calms the mind, brings them into the present moment with minimal distractions from the ‘monkey mind’, leaves them feeling refreshed and recharged.

Have a think about some of the things you do in your daily life and how they can be turned into a meditation. For me, walking the dogs can be a meditation practice, especially if out in a nice natural setting, cooking is another one where I can focus and be present without my mind wandering. If I were a keen gardener I would imagine that would be similar…. There are so many things you do which if approached in a slightly different way, and not one where you mind races at 100mph changing direction every 2 seconds, that could become an effective meditation.

Naturally, tai chi and qigong are intrinsically linked with meditation, they are themselves a form of moving meditation, and great for those who struggle to sit in a meditation position to calm their minds. For me the traditions are inseparable and as part of my tai chi practice I do daily standing meditation, which adds another level of body awareness and relaxation to the practice of tai chi, which can greatly improve and raise your tai chi level.

In part 2 of this series of blog posts on meditation, I will write about standing meditation, in the meantime you can check out the following guided meditations on White Crane Online… or find yourself a daily task and try to approach it with a meditative mindset.

0 responses on "Struggling to Meditate?"